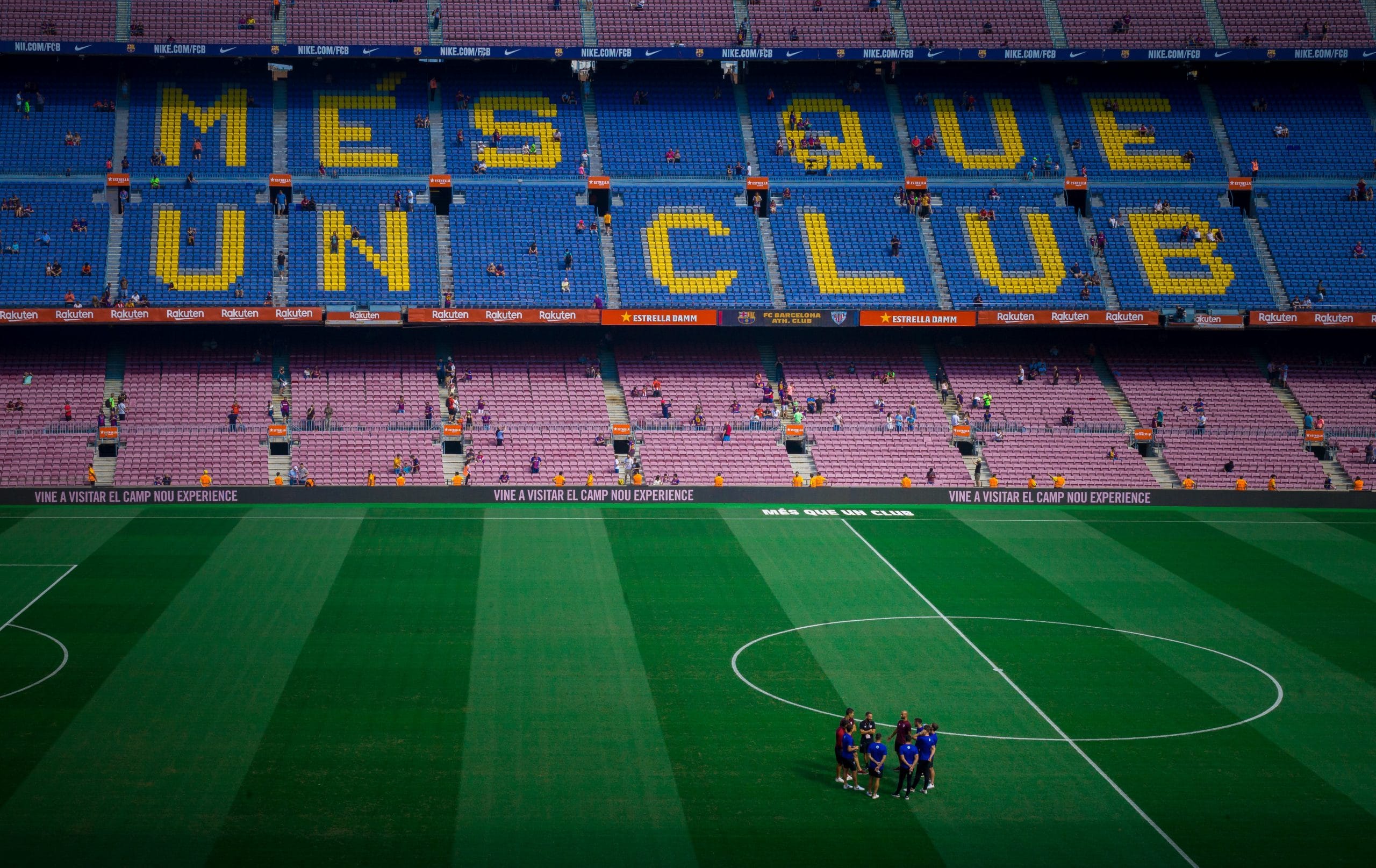 Messi’s Challenges for This New Year 2020

Even for a man of achievements as grand those that he’s been able to accomplish so far, there are always greater feats to be looked forward to especially at the start of a new year. With a total of 984 career goals generated in 852 games (1.15 goals per game) as at the 15th of February, 2020, 32-year old Lionel Messi is, no doubt, an all-time football superstar by all counts, as far as the game of football is concerned.

The left-footed forward who is most comfortable on the right wing, but also often smoothly cuts to centre-forward, has been playing for Spanish star-studded football club side, FC Barcelona, since 2000, when the club discovered his talent at 13 years of age. And he has already broken as many records as it takes to leave the whole world awestruck. Yet, as with every New Year, many – both fans and critics – are eager for fresh Messi news in 2020.

The year 2019 was a wonderful one for the football living legend, Lionel Messi, as evidenced by the addition of a sixth to his Ballon d’Or collection. Messi, who has played 16 seasons at Barcelona Football Club has achieved far more than any other player the club has ever seen. Yet, there’s plenty of room for even greater victories. Here are some of Lionel Messi’s targets for the year 2020.

Messi already has four Champions League wins under his belt – 2006, 2009, 2011 and 2015. It’s about time Barcelona ended the five year dearth and brought the title home again. European title win number five will get Messi right behind the man who currently holds the record, Francisco Gento, who enjoyed six wins with Real Madrid.

With a total of 34 major titles won with Barcelona FC, all that is required is three more cups for Lionel Messi to match Ryan Giggs, former Manchester United star and current Wales manager.

Replace Pele as the highest goal scorer for any one team in the world.

By the start of the year, with a total of 618 goals, Messi was just 25 goals shy of the achievement of Brazilian all-time superstar, Pele, who scored a total of 643 goals in all competitions for his then club side, Santos. Continuing in his present form, by the end of the year, Messi should have raised this bar.

Bring the Copa del Rey back to Barcelona.

Of the 30 Copa del Rey titles that Barcelona FC currently holds, seven were won with the help of Messi. With another win, the Argentinian superstar will be matching the records of Jose Maria Belauste and Agustin “Piru” Gainza, who both won 8 with Athletic. Additionally, we’re certain that Lionel Messi challenges himself to rise up the competition’s goal scoring table as well. With 51 goals, he started the year in fifth place, behind Edmundo Suarez (55 goals, Valencia), Guillermo Gorostiza (64 goals, Athletic), Josep Samitier (69 goals, Bareclona) and Telmo Zarra (81 goals, Athletic).

Having won eleven out of the last sixteen seasons and eight out of the last eleven, Barcelona is a great club for Messi, who was involved in all but one of those campaigns and is again just two behind Francisco Gento, who holds the current record.

Although Lionel Messi is growing older, he is showing no signs of retreating in his goal scoring form. The six-time European top goal scorer last year became the very first man to win the Golden Shoe for three consecutive years. Lionel Messi challenges himself to make this the fourth year in a row.

Each time Leo Messi has won the Golden Shoe, he has also won as Spain’s top goal scorer. This has happened six times, a record Messi shares with Telmo Zarra, former Athletic superstar. With one more win, Messi will have pushed the limit once more.

By the end of 2019, Lionel Messi had met up with Xavi Hernandez’s 42 El Clasico appearances. With one more El Clasico game, he will be creating a new record for the club and be just one appearance behind Real Madrid’s Sergio Ramos for the highest number of El Clasico games played.

With a whopping 767 games played for Barcelona FC, midfield wonder, Xavi Hernandez, is the only player that Leo Messi (who had 705 appearances to his name at the end of 2019) has yet to beat. Messi may not be able to beat Xavi’s record this year 2020, but he’ll definitely be far closer to meeting up by the end of the year.

And here continues the legendary battle between Lionel Messi and Cristiano Ronaldo. With 114 goals at the start of 2020, Messi trails behind Cristiano Ronaldo’s 128 goal record. Yet, 2020 holds ample opportunity and Lionel Messi challenges the current Juventus star for the top spot as the Champions League goal scorer of all time.

Although he won the Olympic football 3egold with the Argentinian team in 2008, Messi still seeks his first senior international title with his national football team. This year, he gets yet another shot at it with the Copa America 2020 which will be co-hosted by his country alongside Colombia.

With all of these targets in mind, it’s easy to imagine the great anticipation with which we look forward to even more stunning Messi news this year 2020.