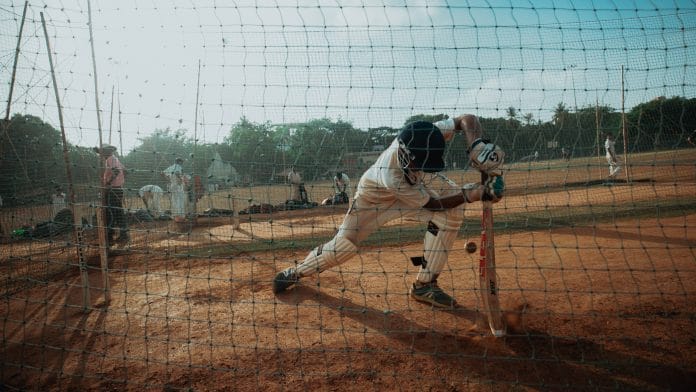 10 Greatest Cricketers of All Time

Only soccer can boast a following as dense as the cricket fan base. This is especially true in the West Indies, England, Australia, India and South Africa where the mass of cricket supporters is based. The love for the game is mainly because the sport has given us all remarkable moments that both defy reality and inspire us to do the same, or it just makes a thrilling watch.

Whatever the reason, cricket is not possible without human involvement, and there have been some people and talents that have raised cricket beyond its gamely status. To this set of people, cricket is the stage where their legend is cemented. So, who are these icons that should be recognized as the greatest cricketers of all time?

Wasim Akram was a wizard.

Look no further for proof than “double swing of Wasim Akram”, a magiclike technique that creates the spin and momentum to send the ball in opposite directions in one flight. His mastery over the manipulation of the ball played a role in earning him a name as the fastest bowler in the history of the sport. Wasim’s 881 wickets in List A cricket is a world record, and only fellow spin master, Muttiah Muralitharan, tops his ODI wicket record of 502.

He also pioneered reverse swing bowling, and no one has shown a command of the physics of the ball quite like him.

When it comes to greatness, skill with the bat is not the only parameter, Mahendra was proof of that. He enters this list by virtue of his excellent leadership skills, a quality that endeared him to the world, and more importantly, his teammates. As they helped in many ways to add gloss to his achievements. In 2013, when he wowed the world with his amazing 224 runs tally against Australia, few fail to notice how much his affable character made his mates support him.

Regardless, he had enough talent on his own, and just like during the Border Gavaskar trophy, and the other five ICC trophies he has claimed, his consistency is nothing short of inspirational.

If being arguably the finest spin bowler the earth has been honored with doesn’t guarantee you a place among the greatest cricketers of all time, then perfection is your only ticket there. Australia was nowhere near the cricketing capital it boasts to be today until Shane touched the sport.

His leg spins have inspired several cricketers of the new generation to achieve their dreams, just as he accomplished his desire of bowling the Ball of the century, and in the year 2000, he was rightly adjudged one of the five “Wisden Cricketers of the Century”, even though he was an active player at the time.

There was a time when specialists in cricket were the only ones in the spotlight, with the greatest talents awing the world and disappointing with their handicaps in equal measure. Then came Gary Sobers.

As a pioneer of all-round sportsmanship in cricket, Gary Sobers was revolutionary enough to have defined an era, an era where people with more balanced attributes could dream of reaching the top, especially after he flashed into public consciousness in 1958 after winning his first century in test games.

The special thing about that century was his astonishing record for individual scores at the time with a 365 not out innings. A firm record until he was eclipsed by …

In Lara’s defense, you simply must look at an amazing record of records, including the outstanding highest score registered by an individual, 501 not out!

Similarly, his individual test innings score of 400 not out on two different occasions stand out, even though he is the first person to score a single, double, triple, quadruple and quintuple century in his senior career as a First-Class player.

When the ODI style of scoring cricket games was the standard, Viv Richards crested his name in the hearts and minds of cricket lovers all over the world, as proven by his remarkable mention among the quintet of the greatest cricketers in the year 2000. Even experts shared that sentiment, as a panel of 100 experts formally declared his high standing amongst legends of the sport like Sir Jack Hobbs, Shane Warne, Sir Garfield Sobers, and Sir Donald Bradman.

The Wisden Cricketers’ Almanac recognized his genius in the second month of 2002, as he exploded with close to the highest ODI innings since scores were recorded. Later that year, he was christened by Wisden as the ” greatest ODI batsman of all time.”

While this list is riddled with different people who have been named the greatest at bowling, fielding or being a batsman, Kallis was the atypical Jack of all trades, since he was a master of all. He alone is the holder of the record of the highest number of runs (11,000) and wickets (250) in one-day and Test match cricket alike. His excellent all-round game helped him towards being among the esteemed company of the greatest cricketers of all time, as he tore the history books by scoring five centuries within the ridiculous span of four test matches within the last three months of 2007.

On that note, it will not do Kallis justice if the fact that this modern legend has scored centuries for fun is not highlighted properly with his standing as the second-greatest scorer of centuries in test games. Which he achieved in 2011 against India to move behind their legend, Sachin Tendulkar.

Once declared the sexiest man alive by an Australian publication, Khan’s charms on the field of play somehow superseded his looks.

A worthy inductee to the International Cricket Council’s Hall of Fame in 2010, Khan led by example to great effect, becoming a candidate for the most successful cricket captains in the cricket’s history after his 10 years of service as the captain of the Pakistani cricket team.

His 21 years in action for Pakistan yielded 3807 runs, as well as 362 wickets in Test games, while he is among eight cricketers ever, to have achieved an ‘All-rounder’s Triple’ in Test cricket.

Widely regarded in many circles as the greatest cricketer of all time, Sachin will always be in the top two of all lists aimed at the greatest cricketers of all time. Unfortunately, it would usually be in second, just like when Wisden Cricketers’ Almanac rated this batsman among batsmen as the second greatest Test batsman of all time, with a certain Don Bradman in pole position. Similarly, the title of the “second-ranked one-day-international (ODI) batsman of all time” behind another cricketer in Viv Richards goes to buttress that point.

He wouldn’t care though, he hoards most the batting records in existence and was a significant member of the Indian team that won the 2011 Cricket World Cup.

Who is the most respected cricketer?

What do you do to a person with 99% in anything good? Respect him! Talk less about someone with 99.94% in batting. To put that in perspective, that’s approximately a 100% batting average! Thus, it was only natural that this achievement was proclaimed as the statistical choice for the greatest achievement by any sportsman in any major sport. This achievement also ensures that is remembered as the best test batsman ever.

To go with that massive precision in talent, Bradman boasted a level of consistency that kept his excellence uniform throughout the two decades he awed the audience at cricket games. In the words of Bill Woodhull, a former captain for Australia, Bradman was a batsman “worth three batsmen to Australia.” That’s how great he is!

Cricket
Previous Post
Mediterranean: a Heart-healthy Diet – Meal Plan for Beginners
Next Post
Here’s What You Need to Know About Crossfit